For the Broke and the Bookish’s Top Ten Tuesday:

I decided to list  books on my TBR with a sort of “autumnal” feeling to them. 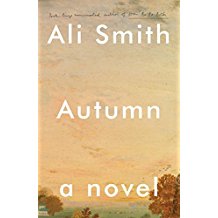 1. Autumn by Ali Smith– This is the first in a quartet of of stand alone books that are described as “separate, yet interconnected and cyclical”. I’m going to try to read them during the seasons for which they are intended! I’m also intrigued because this book is said to be about the platonic relationship between a man and a woman at very different points in their lives. I think that’s a topic that’s often unexplored.

2. The Break by Marian Keyes– Mostly I just want to read this because I tend to like Marian Keyes. This book is about a man and woman in a generally happy marriage. So the woman is surprised when her husband announces that he wants to take a six month “break” and go to southeast Asia. Mid-life crisis? Perhaps. But a break isn’t a break up. But will these two reunite and be the same people left? 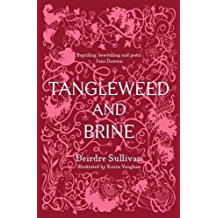 4. The Silent Companions by Laura Purcell– This is said to be a ghost story inspired by Susan Hill and Shirley Jackson. I love both of those authors and consider both to be very good fall reading. Hopefully this will be too! 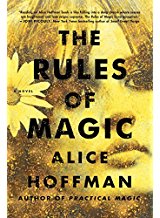 5. The Rules of Magic by Alice Hoffman– I’m a fan of Hoffman in general, and her Practical Magic, is a seasonal fall fave. So naturally I’m excited to check out this prequel!

6. The Revolution of Marina M by Janet Fitch– I love Janet Fitch, and I love historical fiction. I don’t know how Fitch will do with the genre, but I’m excited to see. Even though this takes place in Russia (which I tend to associate with winter rather than fall, though I’m sure they have fall too…) it’s being released in early November. 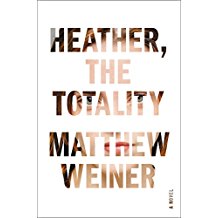 7. Heather, The Totality by Matthew Weiner- Several things in early reviews of this debut novel from the creator of Mad Men, make me think it’ll be a good fall read. The novel about a privileged Manhattan family and a dangerous young man, has been compared to Patricia Highsmith (even though I called The Talented Mr. Ripley a Summer book in a previous list, I consider her an “Autumn writer” in general), Evelyn Waugh,  and Muriel Spark, who are all writers I tend to associate with autumn. It’s also described as a “classic noir” which I tend to think of as an autumn genre (if such a thing exists)

8. Nasty Women: Feminism, Resistance, and Revolution in Trump’s America by  Samhita Mukhopadhyay and Kate Harding– By the time this book comes out it’ll be about a year since the 2016 election. I’m holding off on Hilary Clinton’s What Happened, because I think it’s still too raw to read the intelligent, reflective, well considered words of the woman who should have been president. But even though I have a self protective instinct to bury my head in the sand, we do live in the real world and we can’t hide from it all the time. This book looks at how women in such a divided country can unite and support one another. It features contributions from 23 leading feminist writers from all walks of life. 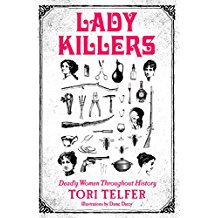 9. Lady Killers: Deadly Women Throughout History by Tori Telfer– With a few notable exceptions, murder, especially serial murder, is generally considered a man’s game. We’re often fed a narrative that women are the victims of serial killers rather than being serial killers themselves. Statistics do show that most serial killers are male, but there are notable exceptions and they’re often relegated to easy explanations: hormones, witchcraft, femme fatale, black widow, a man made her do it…. It’s sort of interesting how even with something like murder, we try to place people into categories with which we’re comfortable. 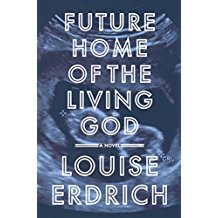 10.Future Home of the Living God by Louise Erdich- I consider Erdich to be another “autumnal author” and this is dystopia, which is a genre I associate with fall (death/endings I suppose). In this book, evolution has reversed itself, which is a concept that I find interesting.