For The Broke and the Bookish’s Top Ten Tuesday:

This week’s topic is pretty self explanatory!

1. The Luminaries by Eleanor Catton– This has been on my TBR for a while. It’s about a young man who goes to New Zealand in 1866 to word in the goldfields, but he and his coworkers get caught up in a series of mysterious events. It definitely seems like the kind if thing to tackle over many a cold evening, curled up in my pajamas with a cup of tea! 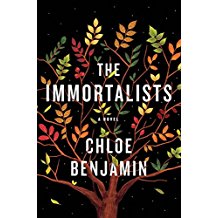 2. The Immortalists by Chloe Benjamin– I like the premise of this one: if you knew the date of your death, how would that inform the choices that you make in life? This book is four siblings who learn when they’ll die. It follows them as they try to live the rest of their lives with that information.

3. The Rules of Magic by Alice Hoffman– This is a prequel to Practical Magic. Enough said! Actually I think of Practical Magic as a “fall” book but I can imagine reading this on a snowy day and getting a warm magical glow.

4. The Revolution of Marina M by Janet Fitch-  This is another one I’ve really been looking forward too.  I loved Janet Fitch’s White Oleander, and I’m very curious to see how she does with historical fiction. Plus, the Russian setting seems very wintery to me. 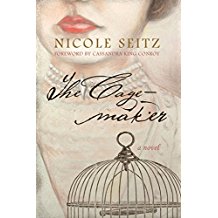 5. The Cage-maker by Nicole Seitz–  This novel is about a 21st century blogger who inherits an exquisitely detailed birdcage from an unknown relative. In a hidden compartment in the birdcage she finds letters, journal entries, and newspaper articles that tell the story of her family. It’s a bit love story, a bit gothic thriller, a bit historical fiction, and it definitely seems like the perfect read for a cold night. 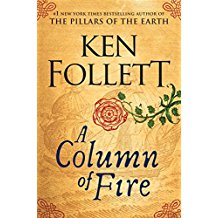 6. A Column of Fire by Ken Follett– This is the third Kingsbridge book, and a follow up to Pillars of the Earth and World Without End. It’s set in  and around the same Cathedral in the sixteenth century. At 927 pages, this seems like a good book to take into hibernation. 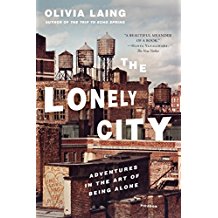 7. The Lonely City: Adventures in the Art of Being Alone  by Olivia Laing- I think more attention is being paid to being alone lately, which is good. In some ways it’s a new thing. I don’t mean feeling alone. That’s existed for about as long as people have! But more people are opting not to marry and have families, or putting that off for the future. That leads to more young people physically being alone. This book looks at loneliness through the lives of iconic artists. It also addresses how technology factors into all this. Does it allow us to connect to the outside world, or trap us behind our screens, and keep us from interacting? To me winter has the potential to be a lonely season. You’re indoors keeping warm, rather than in public space. So this seems like a great read to keep me company.

8. Idaho by Emily Ruskovich– A friend of mine recommended this very highly. It’s told from multiple perspectives and is about a woman whose husband is losing his memory. As his mind fades, she becomes increasingly interested in finding out what happened to his first wife. In some ways I see winter as a season where things fade or are buried by snow. For that reasons it’s also a time when people don’t see things or only see parts of them. So it seems like this would be an appropriate book for a season where things are so uncertain.

9. The Bear and the Nightingale by Katherine Arden– This is a retelling of Vasilisa the Wise, a Russian fairy tale. It’s set in Russia in the 1300s, which I definitely picture as a sort of deep winter world, where people huddle together to stay warm. I imagine them telling stories to pass the time by the fire as they do that (I’m sure the real fourteenth century Russia was a lot less pleasant than I’m imagining it!). This would be one of the stories that they tell.  It’s the first in a trilogy called the “Wintersnight trilogy” so I think I’m on the right track here. 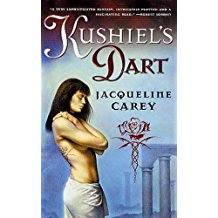 10. Kushiel’s Dart by Jacqueline Carey– This series has been recommended to me over and over again. The initial trilogy (later books continue the story in another generation) is made up of three big books set in a vivid, complicated world. Perfect for a season when you’re trapped inside by a snow storm and want to escape somewhere else.

We are a participant in the Amazon Services LLC Associates Program, an affiliate advertising program designed to provide a means for us to earn fees by linking to Amazon.com and affiliated sites
Loading Comments...
Comment
×
%d bloggers like this: