July 10: Best Books I’ve Read In 2018 (So Far) (This prompt was originally going to be a TTT throwback, but I know how much people love the bi-annual top ten books of the year and I forgot to add it to the list! Feel free to do a throwback instead if you want!)

Since I did a mid-year book post not too long ago, I figured I’d do a throwback this week.  I went with the Top Ten Book To Movie Adaptations.  But since I’m including TV/miniseries I’m just going with “page to screen”.

1. Pride and Prejudice (BBC 1995) I know that the 2005 film has its fans, and it has its good points. But for me, Colin Firth is Darcy. Jennifer Ehle is Elizabeth. That’s just all there is to it. Perfect casting. Beautiful adaptation. 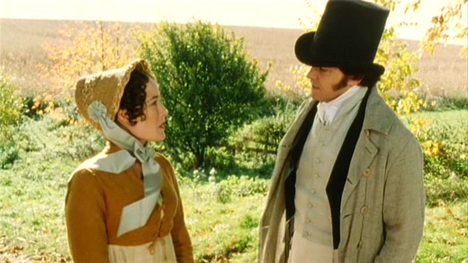 2. Jane Eyre (BBC 2006) There are several great adaptations of Jane Eyre, but I’ve always been partial to this one because it’s got a spirit of fun to it. Yes, Ruth Wilson and Toby Stephens are probably better looking than the Jane and Mr. Rochester described in the book might be,  but they seem to love their characters. I read a review once saying this didn’t add any new colors to the story but it brought all of the existing colors to their full glory (or something along those lines). To me that says it pretty well.

3. Little Women (1994) I think I saw this film for the first time not too long after I first read the novel. Maybe that’s why these actors seem fused to their characters. Or maybe it’s just really well cast! The film adds some outright feminism and political commentary that doesn’t feel extraneous at all. It also manages the tough plot points well. For example, whenever I watch it, I want to see Jo end up with Professor Bhaer rather than Laurie. And it doesn’t even bother me much when Amy is played by a different actress halfway through.

4. Anne of Green Gables (1985 miniseries) I’ve seen a few screen Annes (including the most recent “Anne With An ‘E'”) but to me, none of them have approached Megan Follows, who just is Anne to me.  This is another example of something I saw for the first time around the same time that I read the book, which may explain why it’s so definitive for me. I also just really like Jonathan Crombie as Gilbert.

5. Gone With the Wind (1939) It’s almost impossible to picture Scarlett O’Hara as anyone other than Vivian Leigh. Likewise, it’s hard to picture Rhett Butler not looking like Clark Gable. And yes, occasionally I picture the antebellum American South in something like old Hollywood technicolor, though I’m aware that plantation life was hardly as pretty as the film makes it look. Perhaps its a testament to a good film that I can forget about the ugly reality for a few hours as I watch it, and believe in the fantasy. 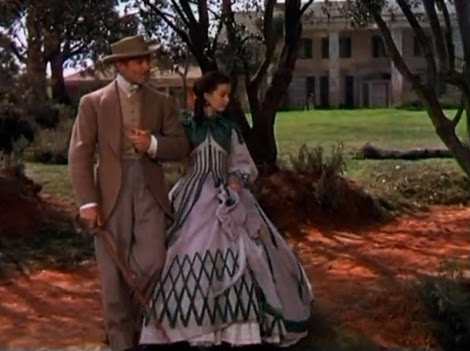 6. Rebecca (1940) This is an example of a film that changes some important plot points from its source material but still works as an adaptation because it maintains the mood and atmosphere of the book. Hitchcock made a wise move refusing to cast Vivian Leigh as the unnamed narrator. The same qualities that made her perfect for Scarlett O’Hara would have made her all wrong for this role. Also, whoever cast Judith Anderson as Mrs. Danvers really knew what they were doing!

7. The Age of Innocence (1993) I felt like the narration of this film did it a great service, which is rare, because in many films I find the device overbearing. We see the characters go about their lives, but in the book the weight of social norms and expectations as they did this was tremendous. In the film, we might not even be aware of this if not for the narration that lets us know about it at important points. It could have been done in a clunky way, but it wasn’t. For the most part, it works. 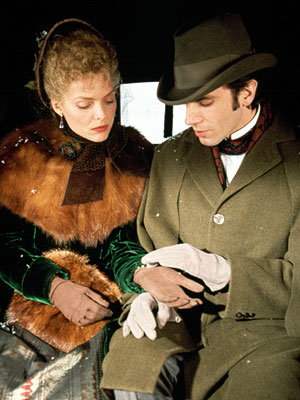 8. The Princess Bride (1987) This is an example of an adaptation that could have gone all wrong. William Goldman’s novel indulged in tropes that it simultaneously satirized. That’s the kind of thing that is really hard to translate to screen.  It’s done just right. Instead of presenting it as an abridgment of the novel by S. Morgenstern with “commentary” from Goldman, we’re given a frame story of a grandfather reading the book to his sick grandson. It might not have translated at all, but it does. 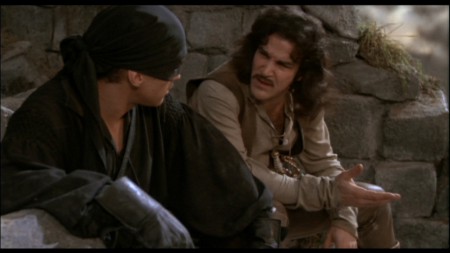 9. Matilda (1996) This film relocates the action of Roald Dahl’s tale from the UK to the US. Usually, that’s not a move that I’m a fan of with adaptations. But in this case, it doesn’t hurt the material. Casting wise, Mara Wilson was a lovely Matilda. The character needs to come off as smart and sweet without crossing too far into the precocious and annoying territory. Wilson finds just the right balance. Danny DeVito and Rhea Perlman are just the right amount of loathsome as the Wormwoods.

10. Bleak House (BBC 2005) I never thought a story about a legal battle over an estate would capture my interest, but Charles Dickens pulled it off in this book. I didn’t think a book with so many plotlines and characters could be done well as a TV miniseries, but this miniseries proved that wrong too. Most of the plotlines do make it into the series, and the ones that were omitted were the right ones. Plus it’s hard to go wrong with a cast that includes Gillian Anderson, Charles Dance, Carey Mulligan, Alun Armstrong, Anna Maxwell Martin and Denis Lawson.

What do you think? Did I miss any?