August 21: Books to Pull You Out of a Reading Slump

We’ve all had reading slumps. Those times when you’ve read several disappointments and you’re having trouble losing yourself in something new. Here are my suggestions to help get your reading rhythm back. 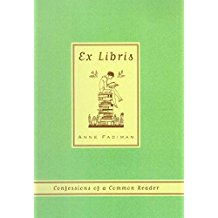 1. Ex Libris by Anne Fadiman– Instead of trying to dive into another novel right away try this excellent book about books. Fadiman’s essays are short and easy to digest. It’s perfect for dipping into in small doses, and as a bonus, she might discuss a book you’ll want to tackle next. 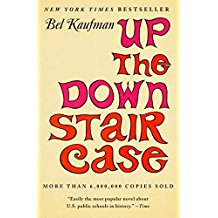 2. Up The Down Staircase by Bel Kauffman– This book about a first-year NYC high school teacher tells its story entirely via letters characters write to one another, memos, and papers found in desk drawers or in the trash. That format makes it a very quick read. You plan to just read one note that one student passed to another, but the next thing you know you’re halfway through the book. 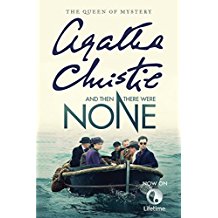 3. And Then There Were None by Agatha Christie– The plot here has been done many times: ten strangers are invited to an island where they’re killed one by one. But Agatha Christie does it better than anyone. It doesn’t take long before the reader is along for the ride, trying to figure out whodunnit as the cast of possible suspects dwindles. Once that happens it’s hard to let go! 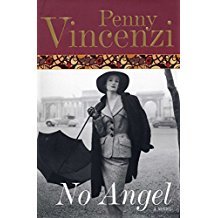 4. No Angel by Penny Vincenzi– A 700 pager might not seem like the thing to get you out of a reading slump, but this saga of a wealthy British family is the kind of thing that just sweeps you up with it. While you read it, you’re immersed in this soap opera-ish world. There’s not a lot of intellectual depth, but who cares?  It’s a fun way to break a slump! 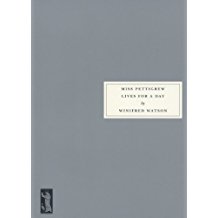 5. Miss Pettigrew Lives For A Day by Winifred Watson– This is 1930’s era chick lit that’s lighter than air. While in some ways I prefer the film because it has more emotional heft, the book is perfect for times when you want something so frothy that you can almost float along as you read. 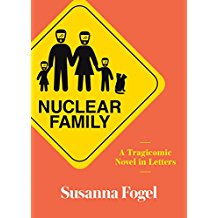 6. Nuclear Family by Susanna Fogel– This novel consists of humorous letters sent to the main character by members of her eccentric family and friends over the course of several decades. Each letter is short and funny. It’s hard to put down when you start reading and see that the next letter is called “The Gerbil You Drowned in 1990 Would Like a Word With You”, “Your Intrauterine Device Has Some Thoughts on Your Love Life,” or “Your Uncle Figured a Mass E-mail Was the Best Way to Discuss His Sexuality.” Each one is only a page or two (the whole book is less than 200 pages) so it’s quite possible to read this in one sitting. 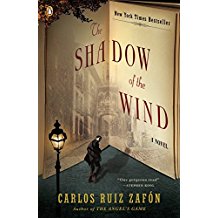 7. The Shadow of the Wind by Carlos Ruiz Zafon– This is one that just draws you in from page one and you get caught up in the atmosphere and romance and mystery. It opens with a young boy whose father is taking him to a place called The Cemetary of Forgotten Books, from that point the boy grows up and tries to discover who is destroying all the works of a favorite author. The setting of the story is so vivid that when you put it down the real world sort of comes as a surprise! 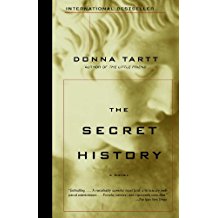 8. The Secret History by Donna Tartt– The main character of this book becomes sort of enthralled by a group of students at his college. Even though the reader has a sense that there’s something “off” about this clique we become engrossed in their concerns in the same way that the narrator does so that by the time things go off the rails, the reader is along for the ride. 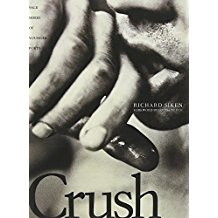 9. Crush by Richard Siken– I’m not usually a poetry reader. I mean there are poems and poets that I like but I’m not one to just dive into a book of poetry for hours. But that’s why it’s perfect for a reading slump! You can dip into it for a short time, read a full poem, and put it down (or continue if you choose!) and repeat as desired. It doesn’t require the commitment of a novel. I chose this one because Siken is one of my favorite contemporary poets, but if you have another favorite go for that! 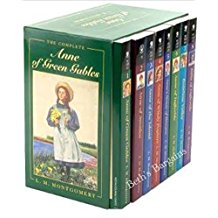 10. Anne of Green Gables by LM Montgomery- Another way to break a slump is to revisit an old childhood favorite, whether it’s Anne or Harry Potter, or something else. There’s something that’s comforting and familiar about revisiting an old love, and as you read you can remind yourself what made you fall in love with books in the first place.

5 thoughts on “Top Ten Tuesday: Books To Break A Slump”

Usually I won't recommend a current read for #WhattoReadWed. What if I don't like the ending!? But Jill Mansell's Mixed Doubles strikes me a a perfect summer beach book. I really don't expect it to take any dark turns or have a twist ending. Twists and turns are great when you're in the mood, but sometimes something more predictable is your speed.
The person who read this book before me had some advice.
Today is #WhattoReadWed and I'm featuring Lucy Foley's The Guest List, a book that I devoured in its entirety over the past weekend.
#fbf to when author Kate Forsyth came to talk to my writing group a few years back. IG won't let me tag her for some reason, but it was a lovely evening for which I am very appreciative. I learned a lot!
I wasn't able to do #WhattoReadWed last week because IG wouldn't let me caption photos for some reason, but I'm back this week. I just finished reading VE Schwab's Invisible Life of Addie LaRue for a book club, and my reaction to it was sort of interesting. It's definitely worth reading, but I had some issues with it, that might not have bothered another reader. I'm really looking forward to the book club, because I'm curious what the other members thought of it. It seems like a book that could provoke an interesting discussion, so it's my recommendation this week.
Just posting this poem because I like it.
We are a participant in the Amazon Services LLC Associates Program, an affiliate advertising program designed to provide a means for us to earn fees by linking to Amazon.com and affiliated sites
Loading Comments...
Comment
×
%d bloggers like this: