In most cases, these are based on the edition that I read/own. 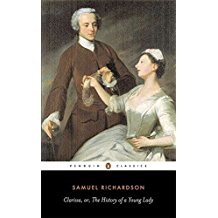 1. Clarissa by Samuel Richardson (1534 pages)- I read this one in college. I enjoyed the class where I read this, and I don’t remember it being quite this long, but we read a different edition, so it’s possible it was slightly adapted. 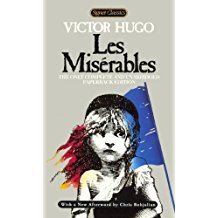 2. Les Miserables by Victor Hugo (1488 pages)- In my high school French class we read an adaptation of this (like, a major adaptation. The book we read had about 120 pages. It was really more of a synopsis written in French!) and I read the whole brick (er… book) in college. I definitely think it’s a beautiful book but I could have done with less exploration of the sewer system in 19th century Paris. 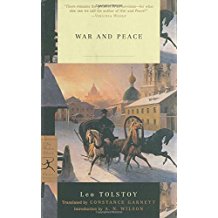 3. War and Peace by Leo Tolstoy (1296 pages)- This was another college read. My professor called Tolstoy a “great writer who could have used a great editor.” I think that sums up my stance on it! 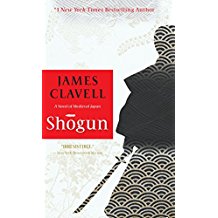 4. Shogun by James Clavell (1152 pages) I read this in high school and really enjoyed it. It was an interesting depiction of a European encountering an entirely different kind of life in feudal Japan. From what I understand now, this had some issues with historical accuracy, but it was still enjoyable. 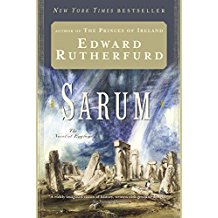 5. Sarum by Edward Rutherford (1059 pages) I remember reading this book as a teenager. I liked parts of it and disliked other parts. I know it was about Stonehenge (and England in general) and it told different stories set there over different time periods. But I couldn’t tell you anything about any of those stories. 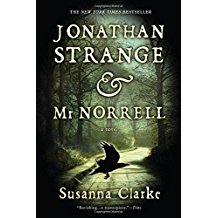 6. Jonathan Strange and Mr. Norrell by Susanna Clarke  (1024 pages) I definitely wanted to like this book more than I did. I loved the idea of a fictional “study” of magic in 19th century England. I liked the story of the rivalry between two magicians. But ultimately, this felt like a chore to read. 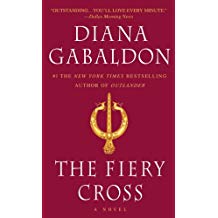 7. The Fiery Cross by Diana Gabaldon (1008 pages) The Outlander series is made up of long books, but the fifth is definitely the longest. Or maybe it felt longer because it wasn’t as fast moving as some of the other books in the series. A lot of character development happens here, but it’s primarily a transitional book. It serves to bring the characters relationships to where they need to be for book six. 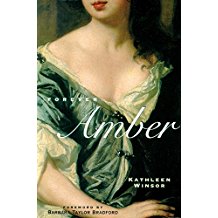 8. Forever Amber by Kathleen Winsor (986 pages) I remember a few scenes from this book vividly but a lot of it I remember as a sort of montage. I read it in college, I think. Amber was a compelling character and the book definitely left me wondering what would become of her in the future. 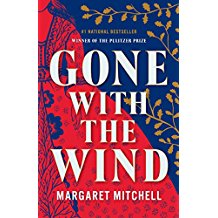 9. Gone With the Wind by Margaret Mitchell (960 pages) I think of Scarlett O’Hara as sort of Amber’s (see above) literary sister. Both are determined, glamorous, selfish, and scandalous. Both books also tell long stories that ultimately leave the reader in a place where we’re still wondering what will happen next to the characters. I suppose it’s a feat to write a book that’s nearly 1000 pages long, and leave readers wanting more! 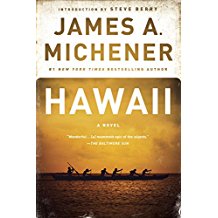 10. Hawaii by James Michener (937 pages) This book tells the story of several families over the course of Hawaii’s history. I remember some of the later portions but the earlier ones don’t come to mind at all. It’s been a long time since I read this though.

The sun is shining but feels to cold to do much of anything outdoors today, so I spent my Sunday morning watching Catherine, Called Birdy on Amazon Prime. Overall I found it to be an enjoyable adaption of on of my favorite middle grade novels (aka novels for late elementary/middle school age) but I did have a few issues with the ending.
Even though it's been about a million years since I last went trick or treating, I think I'll always love the sense of magic in the air throughout October. My last two reads have been very seasonally appropriate. Though, of course, now I'm planning to move to a quaint town in the countryside to become a witch!
One of the nice things about a book club is that you read things you never would have picked up otherwise. Such is the case with Michael Pollan's This Is Your Mind on Plants.
I was asked to write a list of Faerie Tales That Aren't For Children for Shepherd.com.
Happy #nationalbookloversday to all who celebrate!
Took a lovely walk through Central Park's Shakespeare Garden this morning. Located near the Delacorte Theater (where Shakespeare in the Park is performed) it features four large planting bed with various flora and fauna mentioned in Shakespeare's work. When you think about it, that's a lot of flowers! Quotes from the Bard are included on bronze plaques.
We are a participant in the Amazon Services LLC Associates Program, an affiliate advertising program designed to provide a means for us to earn fees by linking to Amazon.com and affiliated sites
Loading Comments...
%d bloggers like this: