For this one I decided to go with friendships. Sometimes the friendships in question are between siblings, but there’s always a strong basis in affection as opposed to just familial bonds. It’s also OK if two characters within a group are in a romantic relationships as long as the group itself is held together by platonic bonds.

1. The March Sisters in Little Women– Yes they’re sisters. And that holds them together even when they grow apart in other ways. But the March’s bond is built on a foundation of confiding in one another, having shared memories and experiences and being there to support one another when things go wrong. All those are things that exist among groups of friends, whether or not they share the same blood.

2. Anne Shirley and Diana Barry in the Anne series by LM Mongomery- Anne and Diana are kindred spirits, bosom friends pretty much from day one. You can only get drunk on cherry cordial with a bestie. When you share something sweet with a bosom friend it tastes even sweeter because you shared it.  A best friend like this stands by you even when you’re not using your best judgement, and helps to pick up the pieces when you fall. Yes, I’ve read some contemporary criticism that claims this was more than platonic friendship. But on a purely textual level they’re simply BFFs through thick and thin.

3. Harry Potter, Ron Weasley and Hermione Granger in the Harry Potter series by JK Rowling- I was probably one of the few readers who was relieved to see Hermione end up with Ron, without even a hint of a romance with Harry. As Harry tells Ron in The Deathly Hallows “She’s like my sister.” These three befriended each other early in the series and proved that together they were a formidable trio. Yes, Ron and Hermione hooked up eventually but they were friends first and since there was nothing going on at any point between Harry and Hermione or Harry and Ron, they qualify for the list.

4. The narrator and Owen Meany in A Prayer for Owen Meany by John Irving- The unnamed narrator has nothing but love for his best friend Owen Meany and their friendship survives a turbulent childhood in which Owen accidentally kills the narrator’s mother (oops!). Owen weights less than 100 lbs and is less than five feet tall when he’s fully grown. He has a screechy, strangled voice. He’s also kind, honest, selfless, and rebellious.  He comes into the narrator’s life early on and his influence is felt to the point where the rest of the narrator’s life is lived as a prayer for this childhood friend.

5. Jude, Willem, JB, and Malcolm in A Little Life by Hanya Yanagihara- These four friends met in college. Over the next few decades there are fallings out and other friendships that come into and out of their lives, but these four are there for one another through it all. In this case the biggest threats to the group don’t really come from the action of the novel, but from the character’s  haunted pasts. Once again there’s some romance in the group, as Jude and Willem eventually become a couple, but their relationship started as friendship only and existed as friendship for two decades before becoming romantic. Since there are no other couples within the group at any point, it qualifies for my list.

6. Caroline Helstone and Shirley Keeldar in Shirley by Charlotte Bronte- Caroline’s father died and her mother abandoned her, and she was raised by an uncle. Shirley is also an orphan, but she’s wealthy, and cheerful and full of ideas. The become good friends and get involved in  a labor dispute at the local mill. They also learn some family secrets and become romantically involved with two brothers. There’s confusion and revelations in the plot, but even at a point when it seems like Caroline and Shirley are being set up to be romantic rivals, they maintain a friendship. In fact while the book deals with a number of topics I consider the primary plot to be a story of friendship.

7. Mary, Dickon, and Colin from The Secret Garden by Frances Hodgson Burnett- As a child the fact that the garden was a metaphor for the friendship that blooms between these three characters, went totally over my head.  Fortunately I reread it later on. Well, actually now that I think of it, the garden is a metaphor for several things in that book, but one of them is the friendship forms among these three very different children from vastly different backgrounds.

8. George and Lenny in Of Mice and Men by John Steinbeck- George and Lenny are two migrant workers during the Great Depression who dream of a little bit of land and a home to call their own. Lenny is a large man with a child’s mind and George is his protector. But when Lenny’s love of soft things leads to tragedy, George shows the kind of loyalty that the best of friends share,  in the most terrible way possible. 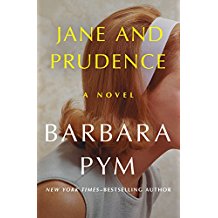 9. Jane and Prudence in Jane and Prudence by Barbara Pym- Jane is a forty one year old Vicar’s wife, with a daughter, who lives a very proper parish life. Prudence is a twenty nine year old spinster who lives in London and is fiercely independent. Jane was Prudence’s tutor at Oxford and despite their different lives, they’ve maintained a friendship. Jane decides that local widower, Fabian, would be a perfect match for Prudence, but Prudence is interested in her (married) boss. Neither character is particularly likable but as I finished reading the book I felt like I would miss them and their friendship. 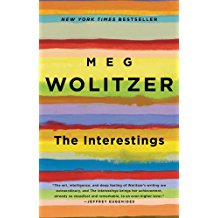 10. Julie, Ethan, Jonah, Cathy, Ash and Goodman in The Interestings by Meg Wolitzer-  Julie, Ethan, Jonah, Cathy, Ash, and her brother Goodman meet at a summer camp for the arts in the 1970’s and dub themselves “The Interestings.” Over the next few decades the group comes together and breaks apart in various ways. Their dynamics change and change again. Ethan and Ash marry but that’s really the only romantic relationship within the group.

On Friday, the theatre world lost Stephen Sondheim at the age of 91. During his long life, Sondheim was a lyricist and composer, who revolutionized musical theatre as an artform. His impossiby clever lyrics, combined with ingeniously innovative music, against the backdrop of stories with sources ranging from literature, film, art, and drama.
Spent the morning in @bookcellarnyc. I told myself I wouldn't buy anything, I'd just peak in and look... Well, that didn't quite work out!
The aptly named "Treasures" exhibit at the @nypl has a number of literary and artistic treasures on display. From PL Travers (author of Mary Poppins) umbrella 🌂 which she presumably didn't use for flying purposes, to Charles Dickens' writing desk, to rare first editions, illuminated manuscripts and illustrations, it's a worthwhile trip if you can possibly make it.
I'm usually more of a panster (as in I don't do much planning, I "fly by the seat of my pants" for those unfamiliar with writer lingo) but about 5 drafts into my WIP I decided to outline everything I have. I want to make sure that the story is balanced, and every scene serves its purpose. I find it most helpful to do this after I've written the book, because then I have something to work from. But as I begin to think about my next project, I'm considering more advance planning than I've done in the past.
Found this randomly (wish I could credit someone) but it made me smile.
It #WhattoReadWed. I'm not normally a huge poetry reader. I like poetry, I just don't usually make it a priority reading-wise. But I am a fan of Margaret Atwood generally, so I definitely wanted to check out the first poetry collection she's released in over a decade.
We are a participant in the Amazon Services LLC Associates Program, an affiliate advertising program designed to provide a means for us to earn fees by linking to Amazon.com and affiliated sites
Loading Comments...
%d bloggers like this: