The above quote is from Albert Einstein. He was a fairly intelligent fellow himself. 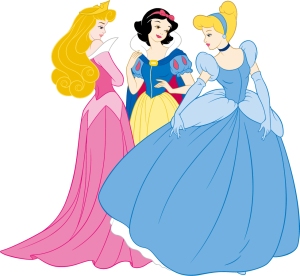 Last week, @theorangutanlibrarian shared this article (Five reasons to stop reading your children fairytales now) along with some humorous responses as to why it was absurd. But even though the advice in the article is troubling, people listen. Keira Knightly and Kristen Bell are among the people who have listened to this advice. While I think that looking at artistic/literary material through a critical lens is always worthwhile, I think that this trend  is troubling because the lens through which it looks at the material is flawed.

Yes, there are troubling, sexist tropes in Disney films and in the fairy tales on which they’re based. But banning them is not the answer. For one thing, forbidding children to read/watch something is just guaranteeing that it will be more interesting to them. Have people really not figured that out by now? Children will seek it out, especially if it’s something as universal and commonly referenced as fairy tales. But if they seek it out themselves, parents will have lost the opportunity to make those troubling elements explicit and discuss them with kids. Instead of having that critical lens, the children will only have the lens that’s given to them in the story/adaptation.

But beyond that, some of out problems with these stories come more from perception. I discussed that a bit in this post.  You could look at Cinderella as a  girl who waits around for a prince to save her. Or you could look at her a survivor of an abusive environment, who never loses her characteristic good nature. Instead of perpetuating the cycle of abuse, she’s kind to even the lowliest mice. Why not highlight that when a child wants to read/watch Cinderella? Maybe speculate as to why her stepmothers and stepsisters would be so cruel to her (are they in pain? was someone cruel to them?). Present it as a story about the ways that people respond to cruelty.  Point out that while Cinderella was tormented by her step family she had the loyalty of all those to whom she’d been kind.  Point out that her stepmother wanted one of her daughters to marry the prince, and that she could have had that if she accepted Cinderella as her daughter. Show them that it’s better to be kind even when it doesn’t seem like a reward is imminent.

The same can be done for other fairy tales. Yes, you could see The Little Mermaid as a woman who changes who she is to impress a guy. But you could look at her as someone who was so fascinated by another culture that she she made sacrifices to live among them. Snow White could be seen as a foolish girl who takes gifts from strangers. But you could also see her as someone who escaped a threatening situation. She was a princess who had probably never worked a day in her life, and in order to survive, she rolls up her sleeves and takes a job cooking and cleaning for seven men. Is it troubling that men kiss sleeping/comatose women in these stories? Point that out to kids! They can understand from an early age that touch is only OK with consent.

But there are so many fairy tales out there in which a female character takes an active, even heroic role. In Beauty and the Beast, Belle saves her father by going to live with the Beast. In East of the Sun, West of the Moon, the princess goes on a quest to rescue her prince. In The Snow Queen the girl travels to the frozen north to save her male friend. In The Six Swans the princess endures years of silence and hardship to free her brothers from a curse. In Hansel and Gretel, Gretel outsmarts the witch and saves her brother. Disney hasn’t adapted all of these as films, but there are other adaptations out there. Why stop with Disney? Why not expose children to all that fairy tales have to offer?

Frozen may be loosely based on The Snow Queen but it changed a lot. If you have a kid who enjoyed Frozen maybe read the original story with them. Check out some of the more faithful film adaptations. There’s the 1950’s Russian cartoon that was dubbed in English by Sandra Dee and Tommy Kirk.  Or check out the 2002 miniseries with Bridget Fonda in the tile role.

If they like Frozen, introduce them to another wintery fairy tale with a kick-ass heroine. In East of the Sun, West of the Moon we see the princess go on a long quest to save the prince.  While there’s no Disney film, there is a live action film adaptation called The Polar Bear King. Compare it to the story. Compare the heroine of this story to Gerda in The Snow Queen. Ask your kids who they think is braver?

There are several film adaptations of Hansel and Gretel. The 1987 Cannon Movie Tales film with Cloris Leachmann is fairly child friendly.  There’s also a 2003 film featuring Lynn Redgrave. Or why not introduce your kids to opera while you’re at it? This film uses stop-action animation with Kineman dolls (a precursor to claymation) and lavish sets as a backdrop for Englebert Humperdinck’s opera.

Actually some of the fairy tales with female agency are ripe for adaptation. This was the only film version of The Six Swans that I could find!

And why limit your kids to the traditional Western canon? There’s a whole world of cultures that have their own fairy tales. Some of those are thematically similar to the ones that we’re familiar with. Do some research and draw parallels with kids. Appreciate the diverse world in which we live!

My point is that instead of conflating Disney’s fairy tale films with fairy tales in general, separate the adaptation from its source. Kids can appreciate from a very young age that there is more than one way to tell a story. Introduce them to stories that Disney hasn’t yet adapted to show that there are many values that are espoused in fairy tales, not  just the ones that get mainstream adaptations. Let them watch Disney films. Point out the good in them and make the bad explicit too. Instead of banning things that are difficult, raise your kids to be critical thinkers. Don’t just “throw out” stories that have endured for generations.