April 23: (First Ten) Books I Reviewed (These do not have to be formal reviews. A small sentence on a retailer site or Goodreads counts, too! Submitted by Rissi @ Finding Wonderland)

Since I can’t think of where to begin with that (I’ve written some form of book reviews for years!) I decided to make up my own topic: books set in a single location. While some of these have an opening and/or closing scene in another location all of them have about 70-80% of the narrative set in one space.  Some books, like Room, don’t apply because they’re only 50% in one space and then the story moves elsewhere. Others, like Jane Eyre or The Shining, are set largely in one place but important events to the story and the characters happen elsewhere, during the action of the story.

1. Bel Canto by Ann Patchett- While there are flashbacks to other places at other times, the bulk of the action in this novel takes place while the characters are held hostage in home of the Vice President of an unnamed South American country. 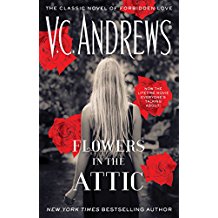 3. Misery by Stephen King– This novel is set entirely (save for the epilogue) in an isolated farmhouse where the main character, novelist Paul Sheldon, is being held hostage by Annie Wilkes, a woman who rescued him from a car wreck somewhere in the Colorado Rockies. 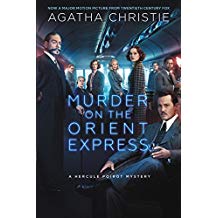 4. Murder on the Orient Express by Agatha Christie–  In this case all the action takes place on a train. The train itself moves (until it’s stopped by a snowdrift somewhere in Croatia) but no one gets on or off.

5. The Haunting of Hill House by Shirley Jackson– In this case we learn things about the characters, and their lives prior to their arrival at Hill House, and their motivations for being there, but the action of the story itself takes place in the house.

6. The Ruins by Scott Smith- I’d estimate the first 20% of this book is set elsewhere in Mexico, leading up to the four protagonists arriving at the titular ruins. But from the moment they arrive there, they’re trapped.

7. The Woman in the Window by AJ Finn– In this case, the protagonist, Anna Fox, is  an agoraphobic who is unable to leave her Harlem townhouse. We learn about how she developed her condition via a flashback but a few steps outside of the door is as far as we see her travel during the action of the plot.

8. One Flew Over the Cuckoo’s Nest by Ken Kesey– The action of this novel is set almost entirely in a mental hospital. Once again, we learn (in some cases) how the characters ended up there, but that information is conveyed via flashback and conversation.

Does anyone have any other novels set predominately in one location?

Usually I won't recommend a current read for #WhattoReadWed. What if I don't like the ending!? But Jill Mansell's Mixed Doubles strikes me a a perfect summer beach book. I really don't expect it to take any dark turns or have a twist ending. Twists and turns are great when you're in the mood, but sometimes something more predictable is your speed.
The person who read this book before me had some advice.
Today is #WhattoReadWed and I'm featuring Lucy Foley's The Guest List, a book that I devoured in its entirety over the past weekend.
#fbf to when author Kate Forsyth came to talk to my writing group a few years back. IG won't let me tag her for some reason, but it was a lovely evening for which I am very appreciative. I learned a lot!
I wasn't able to do #WhattoReadWed last week because IG wouldn't let me caption photos for some reason, but I'm back this week. I just finished reading VE Schwab's Invisible Life of Addie LaRue for a book club, and my reaction to it was sort of interesting. It's definitely worth reading, but I had some issues with it, that might not have bothered another reader. I'm really looking forward to the book club, because I'm curious what the other members thought of it. It seems like a book that could provoke an interesting discussion, so it's my recommendation this week.
Just posting this poem because I like it.
We are a participant in the Amazon Services LLC Associates Program, an affiliate advertising program designed to provide a means for us to earn fees by linking to Amazon.com and affiliated sites
Loading Comments...
Comment
×
%d bloggers like this: