May 7: Characters That Remind Me of Myself

I did something like this a while back, but I think I may be able to come up with a few other books….

1. Sonja in Mirror, Shoulder, Signal by Dorothe Nors– Actually while in some ways I have a lot in common with Sonja (like a fear of driving!) in other ways we’re very different. But we are both single women, living and working in a big city and trying to stay connected: to our friends and our families and our lives in general. That effort, and the anxiety around it, as something I definitely related to hen reading this book. 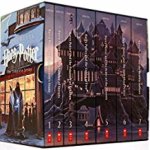 2. Hermione Granger from the Harry Potter series by JK Rowling– I’m definitely the bookish, sensible one in almost any group! I don’t make friends quickly or easily but when I do, I’m also fiercely loyal. I guess I can deal with some of the awkwardness involved in being like Hermione as long as I have some of her good qualities too.

3. Olivia Curtis in Invitation To the Waltz by Rosamond Lehmann– I haven’t (yet) read The Weather in the Streets, which is this books sequel, so I don’t yet know what becomes of Olivia but at 17 she was much like me at that age: simultaneously eager for growth and change, and afraid of it. She’s very sensitive to the feelings of others, but often she projects her own thoughts and ideas onto them, without much basis. That’s something I also related to.

4. Cassandra Mortmain in I Capture the Castle by Dodie Smith- Like me, Cassandra feels everything very deeply and she replays it for herself after the fact. Her musings on what she should have said/done in different situations definitely rang true, as does her dedication to try to capture something real and concrete, even as things seem to slip through her fingers.

5. Margaret Schlegel in Howard’s End  by EM Forester– She’s practical but she still has high ideals that she holds dear. She’s imaginative and loving.  She is very much the caretaker for her family and she embraces the role, she doesn’t resent it. Obviously her circumstances are very different to mind, but I’ve always found her an admirable, classy character. 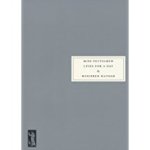 6. Miss Pettigrew in Miss Pettigrew Lives for A Day by Winifred Watson– I’m not as bad as Miss Pettigrew but I definitely have a tendency to be a bit of a straitlaced wallflower. That’s why I try to keep company with the Delysia LaFosses of the world: I would wouldn’t want to only live for a day, and they remind me that there’s a whole world out there.

7. The Second Mrs. DeWinter from Rebecca by Daphne DuMaurier– I can definitely understand what it’s like to feel like you can never live up to some ideal- regardless of how real that actually ideal actually is. I think I’m definitely stronger than this character but she speaks to many of my insecurities and the fear of not being good enough. 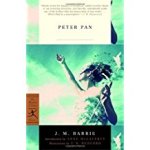 8. Peter Pan from Peter Pan by JM Barrie– Again this isn’t a literal “OMG we have so much in common! Who could possibly tell us apart?” connection. Rather it’s a sense of recognition and sympathy.  When I was a kid I never wanted to grow up either. Adulthood looked like it was difficult, boring, expensive and exhausting. But unlike Peter, I didn’t have a choice in the matter. In some ways I am grateful for the wisdom that’s come with age, and the things I’m able to do now that I couldn’t as a child. But I sometimes have a wish for some pixie dust and a chance to run off to Never Neverland…

8 thoughts on “Top Ten Tuesday: Characters That Remind Me of Me”