When I was between the ages of eight and eleven, I was all about The Babysitter’s Club. 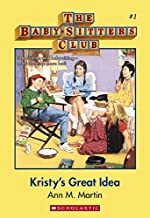 The book that started it all (Image source: amazon.com)

In the years since then, I’ve grown up. I have babysat, myself. It’s not as fun as it seemed in the books. In fact, it’s yet another thing that sounded a lot more fun in tween literature than it is in real life (Judy Blume, I’m looking at you. Are You There God, It’s Me Margaret made menstruation sound a lot more fun than it turned out to be!) And my fondness for The Babysitter’s Club (or BSC) became more nostalgic than fanatical.

The BSC in the 1990’s TV series based on the novels (Image source: IMDB)

But when Netflix announced a reboot, I was onboard. For one thing, Rachel Shukert (author of the guilty pleasure, too soon aborted, Starstruck series) was taking on show running duties. And for another it was a return of characters who seemed a lot like childhood friends to me. They saw me through troubles and school and with friends. And I felt like I was there for Kristy when she struggled to accept her new step-family. I supported Claudia when her Grandmother suffered a stroke. I was rooting for Stacy as she  learned to manage her Diabetes. I’m sure they all appreciated the support. 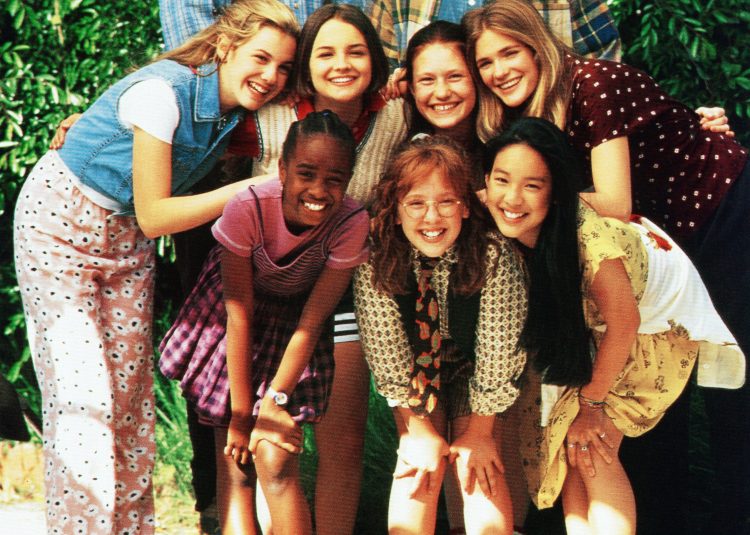 The club as seen in the 1995 film (image source: glamour.com)

I watched the series 4th of July weekend, and was pleasantly surprised at the quality of the show. I was expected some nostalgic corniness. And yes, there’s a slight schmaltz factor here, but not as much as you might expect. For the most part, the series found a note that was intelligent without being cynical, sweet without being saccharine, and optimistic without being oblivious. I’d had sort of a stressful week with work. Watching this series over the weekend seriously saved my sanity. 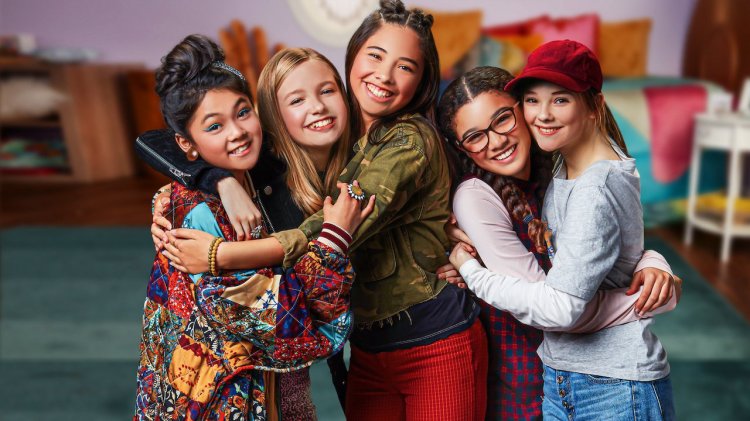 The BSC as seen on Netflix in 2020 (imagesource: Netflix.com)

The characters in the series were largely good role models for girls: smart, motivated, good hearted, and well intentioned. Yes they screwed up, but they also took responsibility for their mistakes. I wondered briefly as I watched, if there was a conscious effort to make the girls role models. If so, I don’t think it was an effort that the show made. Perhaps it was an effort on the part of the books, because the girls were pretty solid role models in those too. It was essentially a series about a group of go-getters who start their own business, in middle school. They run their business and juggle their school work friendships and home responsibilities. Sometimes they get overwhelmed.That’s when their friends come in and help out.Those bonds are tested as the girls grow together and sometimes apart. 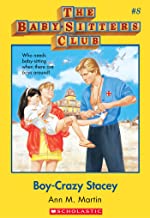 In the books, and the new series there are boys. In the book Boy Crazy Stacy (which becomes an episode in the Netflix series) we see Stacy go gaga over an older boy, neglecting her friendships and babysitting duties to go after him. But we also see her realize the error of her ways. We also see Mary-Anne become involved in a fairly healthy (as far as relationships between two thirteen year olds go) romance with Logan Bruno, both on the page and onscreen.  But the boys are secondary. They focus of the series remains on the girls. It’s about their friendships and all the aspects of their lives. That includes crushes and boyfriends sometimes. But those relationships remain one part of a richer, more complex picture.

Most of the episodes of the series were rooted in the books. But occasionally they were updated in ways that made them relevant to the world of 2020. When the real world tie ins were present, they weren’t preachy or overbearing. For example at summer camp, the girls learn that certain activities are only available to the campers who pay more. Meaning that campers who can’t afford to do so cannot participate. Their response to income inequality, even in a childhood setting, is very revealing of the adults that they may someday become. (The theater geek in me also loved the Les Miserables shout out when they built a barricade as part of their protest!) The tie ins to the larger world, to big discussions of the wealth gap are there. A parent may chose to extend that discussion with their child. But the show doesn’t belabor the point. Rather it lets the seeds germinate in viewers minds as they may. 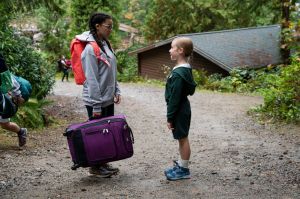 Another example is Mordella Destiny. Kristy’s stepsister Karen got her own “Little Sister” spin off book series (which I also read and loved). In the first of these books, Karen (age 7, with an overactive imagination)  thinks her neighbor Mrs. Porter is a witch named Mordella Destiny. In the Netlix series, it turns out she’s right. In a way.  As “Mordella” explains to everyone, she’s a woman who doesn’t follow along with what most people consider the “right” or “proper” way to behave. She’s a bit odd. And historically, people, (Particularly women) who broke the mold were called witches. She concludes, “When kids tell you things, believe them.” Wise words in so many ways.  Again, this isn’t a major plot point, but it’s a nice moment, that gives voice not only to the many accused witches of the past, but also kids who are too often ignored or talked over.

When I was a kid, my Dad didn’t really approve of my BSC reading. He didn’t forbid it, but he tolerated it with an occasional eyeroll. I think he just thought they were silly reads. So I did too, and I regarded them as sort of a guilty pleasure at the time. But watching the series this past weekend I realized that maybe there was something more to them than I originally thought. As I was writing this blog I did a search for reviews of the news series and I noticed a many other, similar, pieces by readers who felt a similar fondness in their hearts for these characters and books. That makes me think that these were more than just “silly” books. While their literary values is debatable they taught  several generations a lot about life. And business. And friendship. I hope that the Netflix series introduces these girls to a new young audience. Because today’s kids can learn a lot from them.

Did you read The Babysitter’s Club books as a kid? Have you seen the new Netflix series? What did you think?