I first “met” Patti Smith in her memoir M Train. I forget what drew me to the book initially, since I wasn’t a fan of Smith’s music particularly, but it appealed to me. In it, Smith travels from Mexico to Iceland to her New York City home. She meditates on the writers craft and the process of artistic creation. She visits the graves of Genet, Plath, Rimbaud, and Mishima. She remembers her late husband, Fred, and when her children were young. Past and present weave together a bit in Smith’s kaleidoscopic vision. We’re left with an appreciation for her loves, which range from coffee, to detective TV series, to the bungalow she acquires in Far Rockaway, just prior to Hurricane Sandy (which hit the Rockaways hard). It’s a quiet feeling book, illustrated with Smith’s Polaroid photography. I didn’t know much about Smith before reading it. I was vaguely aware that she was a musician but I’d never sought out her work, but I loved the book and I wanted to read more. 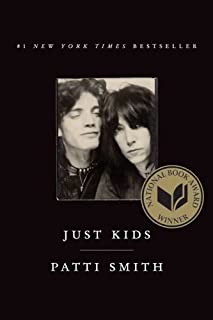 I next read her National Book Award winning first memoir, Just Kids. This book documents her close relationship with photographer Robert Maplethorpe. It follows their youth at the Chelsea Hotel in New York City in the late 60’s and 70’s and how they wound up at the center of New York’s art and music scene. It was more linear than M Train, and  I didn’t love it. I think one problem for me was  the  fact that it was more focused on Smith’s youth. I first encountered a middle aged Patti Smith in M Train, so I felt like this was going backwards in a way. I appreciated some of the wisdom that she’d acquired over the years, and I didn’t have the sense of it in this book. Which makes sense, and is appropriate for what the book is. But it wasn’t what appealed to me. 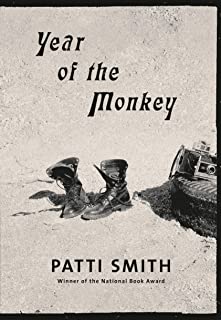 So I wasn’t sure what to expect when I picked up her latest book, Year of the Monkey. Set in 2016, this memoir skirts the boundary between dream and reality. It opens following a series of New Year’s concerts that Smith gave at the San Francisco’s Fillmore. She begins what amounts to a year of solitary wandering, first heading down the coast of Santa Cruz and then to the Arizona desert, her New York City home and a Kentucky farm.  In that sense it’s more of an “American” odyssey, while M Train was perhaps more global. Her companions are some imaginary(?) friends and beloved books. The year is a difficult one for Smith, who loses a dear friend, and sees another through a terminal illness. For many Americans, the election of 2016 was devastating, and for Smith it was no different. It brings forward all of her feelings of loss, grief and despair. What she’s left with, when it’s all over, is the strength that got her through a lifetime (2016 was the year Smith turned 70) and her hope for a better future.

In terms of the spectrum of my opinion on Smith’s work, I didn’t love this as much as M Train, but I liked it a lot more than Just Kids. In some ways it’s her wisest book yet, but also her least linear. It wanders back and forth between dream, reality, and imagination. It’s not a book that I’d recommend to readers who want a clear focus, but for me, that murkiness seems to be where Smith shines. It also resonated for me on a personal level. 2016 was an incredibly difficult, painful year for me. So I can relate to Smith’s feelings of loss and pain. I too felt like that year was a perverse cosmic joke that never landed.

But I’m writing this now. 2020 has been another difficult year. I’m not sure what to do with the sense of cautious, world weary optimism with which Smith ends the book. I want to believe in a better future. But right now I feel as if we’re in the middle of another cruel practical joke that someone is playing on global level. It makes me wonder if, in another few years, we’ll get another Patti Smith memoir about this year. 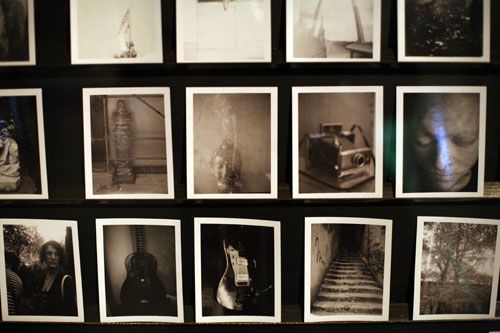 6 thoughts on “” Yet still I keep thinking that something wonderful is about to happen. Maybe tomorrow” A Patti Smith Reader”

FREEZING out today. But it's ok because I get to stay inside and finish To Say Nothing of the Dog; or How We Found the Bishop's Bird Stump At Last by Connie Willis. This wonderfully weird book features travel, threats to the time-space continuum, the future, Oxford,WWII, the Victorian era, romance and cats (to say nothing of the dog.)
Took a rather unintentionally long walk in Central Park yesterday, but I paid a visit to some old friends.
This week the literary world lost two great writers, who introduced me to the strange and mythical land called California.
A literary gift arrived on my doorstep from Australia today! Many thanks to @daydreamerneh for this !😊
@themorganlibrary is a bibliophile's dream come true. In 1902 J.P. Morgan commissioned an architecture firm to design a library for his collection of rare books and manuscripts. And quite a collection it is!
Met up with my book club for a holiday season book swap this morning in the park. Got a few good books, and good cookies. What more could you want?
We are a participant in the Amazon Services LLC Associates Program, an affiliate advertising program designed to provide a means for us to earn fees by linking to Amazon.com and affiliated sites
Loading Comments...
%d bloggers like this: