For this one I decided to go with books that I associate with summer rather than just covers. For many of them, they were books that I read in the summer and with which I have strong seasonal memory associations.

Sweet Valley series by Francine Pascal- In this case the setting, sunny California, feels very summery. I read these books throughout my childhood (Kids first, then Twins, then High.) I was about ten when I read the Sweet Valley High books and they, along with other things (looking at you, Saved By the Bell) set up some very unrealistic expectations about what high school would be like!

Chain Letter 2 by Christopher Pike – I read this on a camp trip to a baseball game when I was about eleven. I was never much of a sports fan, but I think I actually found a copy of this on the bus on the way to the game. I never read the first one. I read this on the bus ride, through the game, and on the way back. It was dark by then, but I only had a few pages left so I squinted. I remember being scandalized by some of the content!

Nancy Drew series by Carolyn Keene – Did anyone else live for summer reading at the library? I did, and I remember one summer they were doing some remodeling/reorganizing at the library and these were being kept in what was essentially a large closet. I was really into these books at the time though, so whenever I went to the library I’d have to ask special permission to go to the closet and get these!

Into the Wilderness by Sara Donati – I worked in a library the summer between my freshman and sophomore years of college, and I think I may have read more than I worked! This is a standout from that summer. I remember feeling resentful when I had to stop reading to help patrons.

Harry Potter and the Deathly Hallows by JK Rowling – I was working at a Barnes and Noble the summer this was released, and it was all hands on deck! I remember it was July 21, 2007 (yes, fifteen years later I remember the exact date) and we had a midnight release party at the store. It was packed with people (probably a fire hazard) and at one point I had to dress up as a witch for some kind of a potions skit. I may have blocked that part out!

The Dive From Clausen’s Pier by Ann Packer – One summer when I was in college, I got some kind of insect bite. It was itchy and annoying at first, but no big deal until it got infected. They put me on a medicine for it that didn’t work, so it started to spread. That lead to me being put in the hospital for three days so they could give me meds through an IV. I was reading this at the time, and will always associate it with summer in the ER: lots of waiting and lots of injuries!

Malibu Rising by Taylor Jenkins Reid – My book club picked this as our latest read because we got beachy, summery vibes from the cover. It was a fun book that would make a good beach read, but a bit of a let down for me personally after I loved Daisy Jones and the Six and The Seven Husbands of Evelyn Hugo. I didn’t feel like this quite reached that quality.

Clan of the Cave Bear by Jean M. Auel – I read this one the summer before I started high school. And by “read” I mean devoured in about two days. It lead to a fascination with anthropology, ancient societies and human evolution ( all of which I still find very interesting.) I read the rest of the series that summer – well all except the last which hadn’t been released yet – and found the quality to vary, but this was definitely the best of them.

The Other Side of Midnight by Sidney Sheldon – When I was about 12 or 13, my cousins and I went to Florida to spend a some time with our Grandma one summer. I picked this book up in her apartment, and I don’t think I put it back down for the rest of the trip! In retrospect, it was probably pretty rude of me to have my face buried in a book the whole time…

Beautiful by Fran Laniado – I went back and forth about putting this on the list, but I finally decided to do it! Beautiful was released on July 4, 2018. It was supposed to have a book sibling by now, but the best laid plans… But I will always associate the fourth of July with a dream come true for me. 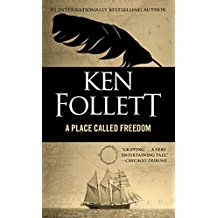 1. A Place Called Freedom by Ken Follett– I read this book in high school when I was at home, sick. Even though I enjoyed the book, when I think about it, I remember a sore throat and an earache! 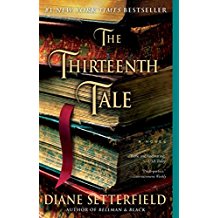 2. The Thirteenth Tale by Diane Setterfield– I read this during a snowstorm. It was a great read when you’re stuck indoors. Now I always associate the book with winter. 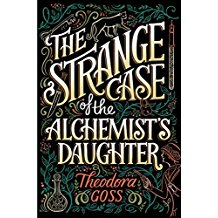 3. The Strange Case of the Alchemist’s Daughter by Theodora Goss- Similar to the one above, this is a book I’ll probably always associate with summer because I read it during a heat wave when I was more or less stuck indoors because going into heat and humidity was too much. 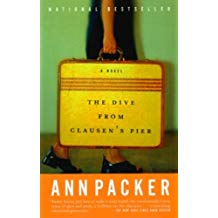 4. The Dive From Clausen’s Pier by Ann Packer– I read this one when I was in the hospital due to cellulitis from an infected spider bite. I was in the hospital for 2-3 days because the initial antibiotic that they gave for the infection didn’t work, so they had to use another one. Whenever I think about this book, I think about wanting to rip an IV tube from my arm and scream in pain and frustration. But the book itself was OK if memory serves me correctly. 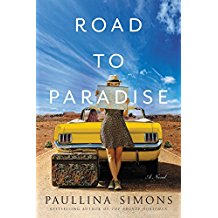 5. Road to Paradise by Paullina Simons– It makes sense that I’d read a book about a road trip while traveling. But in this case, I was traveling by plane, not car. It was a long trip and I was squished between two rather large people. I didn’t particularly enjoy the book either. 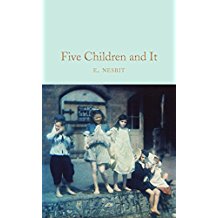 6. Five Children and It by E. Nesbit– This is another book that I’ll always associate with travel and being cramped in uncomfortable spaces. I read this on a train when I was about ten. My family was going to Disneyworld, but there was a freight train on the track in front of us that derailed and we were stuck on the tracks somewhere in Georgia for an entire day waiting for them to clear the tracks so we could go. While I was waiting I read this. 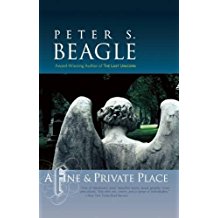 7. A Fine and Private Place by Peter S. Beagle- Oddly this is a book that I associate with the sensation of dried, callused skin on the bottom of a foot. I think the reason for that is simply that at one point in the book, a character is described as having feet like that, and I really hate that feeling! 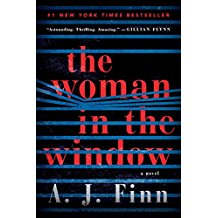 8. The Woman in the Window by AJ Flinn– This is a recent one that I read when I had insomnia one night. I think the insomnia was twofold: partially because I’d had a late nap that day, and partially because I wanted to know whodunnit! Nonetheless, I do associate it with the somewhat frustrating sensation of wanting to sleep and not being able to. 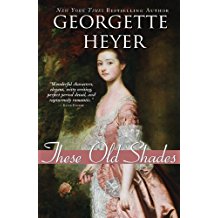 9. These Old Shades by Georgette Heyer– This is another book I read while traveling. I remember I had to sleep in a really hard bed, and I was reading this because I wasn’t able to sleep because I couldn’t get comfortable. All I remember about the actual content of the book is that the heroine is disguised as a boy for the first portion. 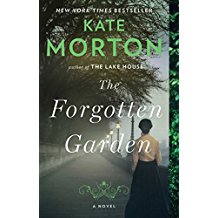 Met Jane Austen's The Beautiful Cassandra in the library today. Austen was only 12 or 13 when she wrote this book dedicated to her sister, Cassandra. There are 12 chapters here, but each is only a sentence or two long so it doesn't take much time to read! The title character is a 16 year old budding criminal, who wanders around London eating ice cream, taking coach rides, and not paying for any of it. In the afterward, Austen scholar Claudia L. Johnson calls it a "precocious work...anticipating her mature irony, sense of the absurd, gift of parody, and...stylistic mastery."
Caught the Virginia Woolf: A Modern Mind exhibit at the NYPL yesterday. Really interesting look at a fascinating woman, with diary entries, sketches, manuscripts with revisions, photos, first editions and more.
The sun is shining but feels to cold to do much of anything outdoors today, so I spent my Sunday morning watching Catherine, Called Birdy on Amazon Prime. Overall I found it to be an enjoyable adaption of on of my favorite middle grade novels (aka novels for late elementary/middle school age) but I did have a few issues with the ending.
Even though it's been about a million years since I last went trick or treating, I think I'll always love the sense of magic in the air throughout October. My last two reads have been very seasonally appropriate. Though, of course, now I'm planning to move to a quaint town in the countryside to become a witch!
One of the nice things about a book club is that you read things you never would have picked up otherwise. Such is the case with Michael Pollan's This Is Your Mind on Plants.
I was asked to write a list of Faerie Tales That Aren't For Children for Shepherd.com.
We are a participant in the Amazon Services LLC Associates Program, an affiliate advertising program designed to provide a means for us to earn fees by linking to Amazon.com and affiliated sites
Loading Comments...