This week I’m just sharing some lesser know stories to give you the creeps this Halloween.

1. Jane-Emily by Patricia Clapp- Louisa Armory is nineteen and she’s stuck watching her twelve year old niece, Jane at Jane’s grandmother’s house over the summer. But when Jane becomes obsessed with Emily, a girl who lived in the house years earlier, and died before her thirteenth birthday, Louisa grows concerned.  Jane is talking about her as if she still exists, and even begins to act like her (cruel and selfish), and Louisa finds herself battling with a bitter, malevolent,  spirit to save her niece. I read this as a child and it scared me a lot. I read it again years later, and while it didn’t have the same menace it was still a nice psychological chiller.

2. Ring by Koji Suzuki– Many people are familiar with the film adaptation of this novel about a videotape that kills viewers seven days after they watch it.  The premise is very similar to the film but the execution is different in several ways. Interestingly the book seems to be asking what would happen if the technology on which we are increasingly dependent was hijacked by something malevolent that was intent on getting to as many people/victims as possible. The book, written in 1990, couldn’t have anticipated a form of technology that could be spread the way a digital video can, but when you think about that, the implications become even more frightening. Another interesting element that is absent from the film is the Japanese cultural attitude toward women, which plays a role in the tape’s origin story as well as the action of the novel itself.

3. The Silent Companions by Laura Purcell– Elsie marries Rupert Bainbridge, a wealthy heir, and believes that she’s destined for a happily ever after. But when she’s widowed just weeks after the wedding she finds herself living with her husband’s cousin, Sarah, amid disdainful servants and hostile villagers. When Elsie discovers a painted wooden figure in a looked room in her house she doesn’t think much of it. When Sarah discovers an ancestor’s diary, she and Elsie learn more about the history of their home and the origin of the wooden figure. Then more and more figures begin to appear. The book was published in 2017 but does an excellent job recalling Victorian ghost stories. I would recommend it to fans of Daphne DuMaurier, Shirley Jackson, and Susan Hill.

4. The Girl in A Swing by Richard Adams– Alan is a pretty boring fellow. He falls in love with Kathe, a beautiful stenographer who is sent to assist him on a business trip to Denmark. To Alan’s surprise, Kathe appears to return his feelings.  They get married after a whirlwind courtship, but the reader has the sense that something isn’t right about Kathe. She has a secret that puts her and Alan’s happiness (and possibly their sanity) at risk. Her secret isn’t explicitly told to the reader, much most readers will guess based on the clues that come from her fears and the visions that Alan has.  The supernatural elements of the book are also ambiguous. You can read it as a tale of the supernatural or you can read it as a story of horror that is all too possible. 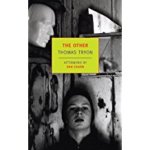 5. The Other by Thomas Tryon– Niles and Holland Perry are thirteen year old identical twins living in a small New England town. Their father recently died in an accident and Mrs. Perry is still buried in her grief and stays in her room, leaving the boys to run wild for most of the summer.  But Holland’s childish pranks grow more sinister as the summer progresses. One twist in the story is somewhat predictable, but that’s just a single piece of the puzzle. For some reason, Amazon lists this as “Vampire Horror” which makes no sense to me because there are no vampires in this. 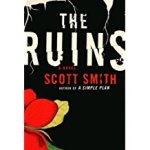 6. The Ruins by Scott Smith– Jeff, Amy, Eric, and Stacy are four American friends on vacation in Cancun. When they meet Mathias, a German tourist, they agree to help him find his brother Heinrich, who was last seen heading to check out some ruins with his new girlfriend. They follow in Heinrich’s footsteps to the ruins, ignoring and misinterpreting signs that they’re headed for danger. When they find the themselves stranded on a Mayan ruins facing an ancient evil, they learn that the true danger may lie within their group. 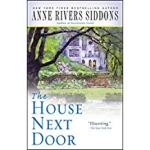 7. The House Next Door by Anne Rivers Siddons-Colquitt and Walter Kennedy are a happy couple in an Atalanta suburb. When the vacant lot next door, that they had thought would remain undeveloped turns into a construction site, they’re disappointed in the  loss of their privacy. But when  people move into the house and face tragedy after tragedy, Walter and Colquitt realize that something is horribly wrong. The house is brand new. Surely it can’t be haunted! But it seems to destroy everyone who lives there, and the destruction isn’t confined to the house… 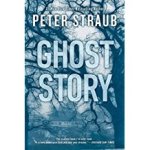 8. Ghost Story by Peter Straub– In a small town in upstate New York, four old men meet up to tell ghost stories. When one of their group dies, the remaining men begin to suffer nightmares, and the stories they tell become more and more terrifying. As things get worse, they realize that a secret that they’ve kept for half a century is coming back to haunt them. This is a really entertaining supernatural revenge story, but it is a slow burn, so give it time to unfold.

9. Down A Dark Hall by Lois Duncan– When Kit Gordy’s mother remarries, she decides to take an extended European honeymoon, meaning that Kit must enroll at the Blackwood Academy, a boarding school for young girls.  When she first arrives, Kit realizes that some thing is wrong. Only four girls have been accepted as students this term. Kit begins to dream about playing the piano, only to wake up with her hands and fingers sore. Her attempts to call/write to people outside of Blackwood always turn out unsuccessful. When Kit discovers the tragic fate of some of Blackwood’s previous students, she realizes that she and her classmates are in constant danger.  Apparently this had a film adaptation earlier this year, but I haven’t seen it yet. 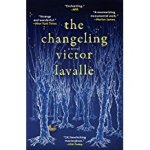 The Changling by Victor LaValle– Apollo and his wife Emma have just had a beautiful baby boy. Despite the fact that they both adore their new son, they soon find themselves anxious and exhausted. So when Emma starts acting strangely, Apollo figures it’s Post Partum Depression and he encourages her to see her doctor. However, he’s totally unprepared for Emma’s next, horrific action, or her disappearance following it. Reeling from the ruins of his life, Apollo begins a dark journey through a world he thought he knew. A mysterious stranger may hold the key to getting him answers, if Apollo can accept that  the city he’s lived in his whole life, the wife he’s always loved, and even the child he adores, are are strangers to him.

It's #WhattoReadWed and sometimes you just need a laugh. This week I'm recommending Weird Things Customers Say in Bookshops and More Weird Things Customers Say in Bookshops, both by Jen Campbell.
One reason I prefer used books, is finding passages underlined and notes made by previous readers. I like seeing what stood out to others. It feels like having a kind of conversation with another reader of the book.
It's another #WhattoReadWed. This week I'm sharing The Buddha in the Attic by Julie Otsuka. It's a book that I probably wouldn't recommend to everyone. But it's been on my mind since I've finished it.
Welcome to another #WhattoReadWed! Sally Hepworth's The Mother-in-Law is a recent book that I devoured in about two days.
It's another #WhattoReadWed. This week I'm sharing a book that is probably familiar to Australian YA audiences (it was given to me by my Aussie book buddy @daydreamerneh) but deserves to be better known in the US. It kicks off a series that will probably appeal to fans of YA dystopias like The Hunger Games and Divergent series.
I missed last #WhattoReadWed, but I made it today. I'm highlighting Katherine by Anya Seton, a historical novel that was written in 1954 and set in medieval England. It tells the (true) story of the love affair between Katherine Swynford and John of Gaunt, Duke of Lancaster, who were the ancestors of most of the British royal family. Their affair lasted for decades, through war, adultery, murder and intrigue.
We are a participant in the Amazon Services LLC Associates Program, an affiliate advertising program designed to provide a means for us to earn fees by linking to Amazon.com and affiliated sites
Loading Comments...
Comment
×